Warren Paul Harris Fine Art is owned and operated by Warren Paul Harris in Dallas, Texas.  His artwork is on display in various retail establishments and galleries at any given time.  His art is installed in homes and offices of collectors throughout Texas.  Contact us or follow us on Facebook for a list of current exhibitions.

All printing is done in-house up to 42" on the shortest side - with the exception of aluminum and acrylic prints which we farm out.  All packing and shipping is done in-house to ensure your purchase arrives intact.  All images are signed by the artist prior to packing.  Limited Edition prints are supplied with a Certificate of Authenticity.

“What a Long, Strange Trip it's Been”

At the age of 14, Mr. Harris learned the fundamentals of film processing from his father, who picked up the skill serving in the U.S. Navy during WW II. Processing his own film enabled Warren to utilize more creative techniques in the creation of his images. While living in the Los Angeles area he enrolled in a photography correspondence course, picking up some valuable film processing, printing, composition and exposure techniques. He bought his first 35mm SLR camera in 1970. After the 1971 earthquake that brought Southern California to a standstill, the widespread loss of power encouraged Mr. Harris to explore time-exposure photography.

Working as a Studio Engineer for Motown Records and having friends in the entertainment industry opened the doors to live performance photography. His exposure at an early age to the psychedelic music scene in San Francisco during the mid-60s, combined with being a guitarist since the age of 14 - and a roadie with The Grateful Dead in 1968, proved to be a perfect training ground for Rock 'n Roll photography. He has photographed Sly Stone, Ozzy Osbourne, Metallica, Drowning Pool, Ted Nugent, Randy Travis, Willie Nelson and 3 Doors Down, to name a just a few. 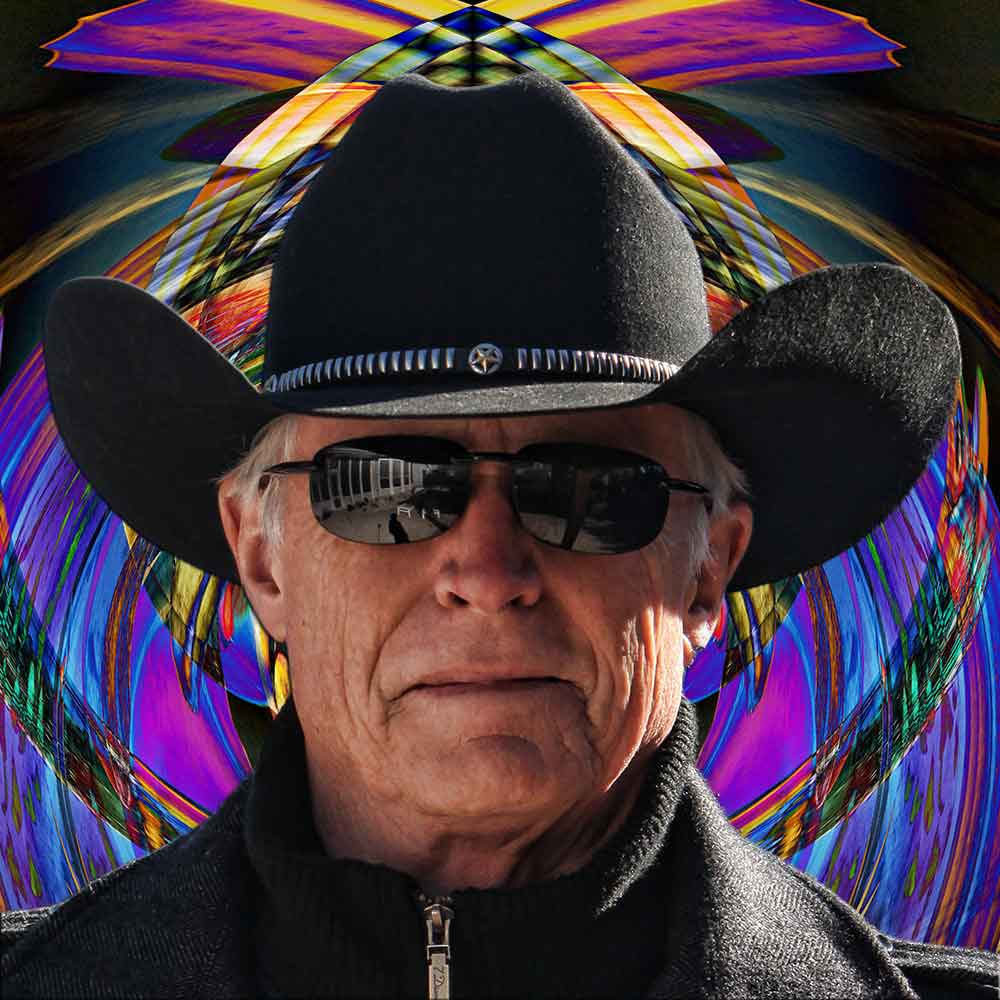 At the behest of Sly Stone in 1975, Mr. Harris relocated his family to Marin County and began his career as a Recording Engineer, while continuing to photograph performances and promo materials, further honing his photographic skills.

In 1981, Mr. Harris, as he puts it “hung up his cameras” to pursue a more lucrative career in the technical field, opening AudioCraft Engineering. He opened his own computer consulting firm in 1994, which he relocated to Plano, Texas in 1999.

Mr. Harris credits an art class in 1992 with vastly improving his art appreciation and composition, while confirming his long-held belief in an inability to draw anything recognizable.

An epiphany in 2006, caused him to re-embrace his first love, acquire new digital equipment, and attack the art form with a vengeance, determined to make up for what he feels is “lost time”. Never without a camera, Warren captures new images on a daily basis and has embraced digital manipulation to create his frequently dark and other-worldly images. In spite of being advised by a many friends and relatives that “There is nothing to see in Texas.”, Warren pursues the obscure and rustic beauty he finds across the Lone Star State. Content to ride his Harley for hours at a time down endless 2-lane highways, exploring the myriad small towns that pepper the Texas landscape, he finds gems of Texas history everywhere he looks.

In 2010, Mr. Harris sold his computer consulting firm to dedicate more time to photography. He is putting his newfound free time to good use traveling with his wife, while collecting new images. In development are several coffee table books, the first of which, “Texas As I See It”, was published by Brown Books in November 2011 and all 3,000 copies were sold within 3 years.  A crowdfunding project is in development to facilitate a second printing.

He has freelanced for local newspapers and magazines as well as international publications over the years. Warren shoots for local businesses and government offices, participates in art shows and has found a new love of High School sports through his coverage of the games for local newspapers. His work is on permanent display in City buildings, Frisco Square, Ebby Halliday offices and in the homes of local collectors across the Metroplex.

Referred to as a “Renaissance Man” on more than a few occasions, Mr. Harris loves cabinet making, welding, playing guitar, creating various projects (his wife has a lighted shoe closet to prove it) and is as comfortable with electricity and electronics as he is with woodworking, construction and plastic fabrication. Warren was an accomplished calligrapher, a skill taught to him by a close friend in 1969. He has done some acting for commercials, local productions and a Korean Mini-Series, and enjoyed a minor career in the Voiceover field.

In a departure from pure photography, Mr. Harris has been exploring the creation of abstract digital art in his Vortex and Visceral Vulcan series.  The TreZ collection is another other-worldy processing technique applied to Winter trees with dramatic effect.

Mr. Harris was also part of the team that created the first computerized house in 1983, interfacing the computer systems, security and optical light collection devices. While freelancing for StereoGraphics, he prototyped the first digital 3D goggles. He designed and built numerous recording studios across Northern California, including MC Hammer's studio and custom home. His clientele included Felton Pilate, Boz Skaggs, Randy Jackson and Ray Lynch as well as members of Huey Lewis and the News and Journey. He engineered studio projects as well as live performances at every major Bay Area venue from 1975 to 1992, when it “was time for a change” and he left the entertainment scene for the last time.

Warren sleeps less than 5 hours a night, proclaiming “There's plenty of time to sleep when you're dead.” He loves to prowl the Dallas / Fort Worth Metroplex in the wee hours past midnight in pursuit of dramatic nocturnal cityscapes. www.nocturnalvisions.net is dedicated to his Cities@Night Project. His wife has often suggested he open up a donut shop - or get a newspaper route to fill his abundant pre-dawn free time.